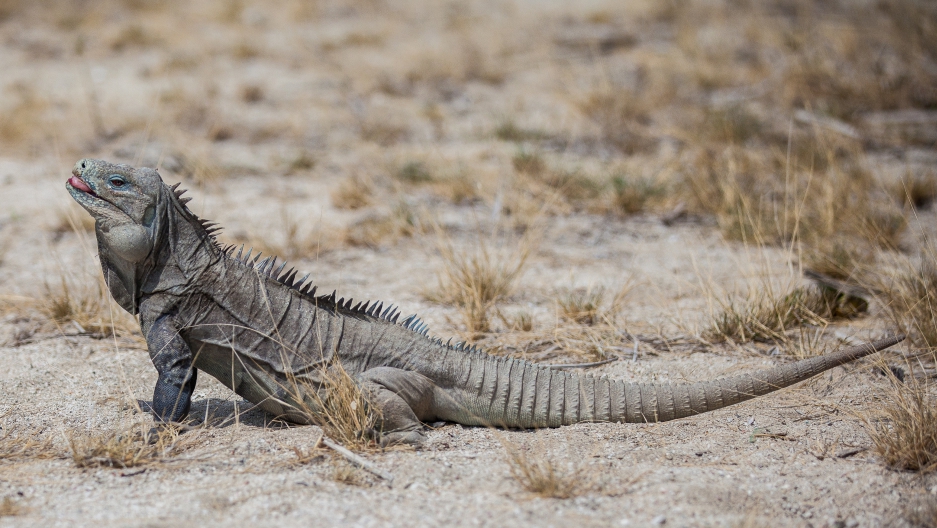 The Ricord's iguana, which lives only on the island of Hispaniola, was thought to be extinct in Haiti until a small population was discovered in the southeastern corner of the country eight years ago. Now the three foot-long lizard is the subject of a rare conservation effort in the country.