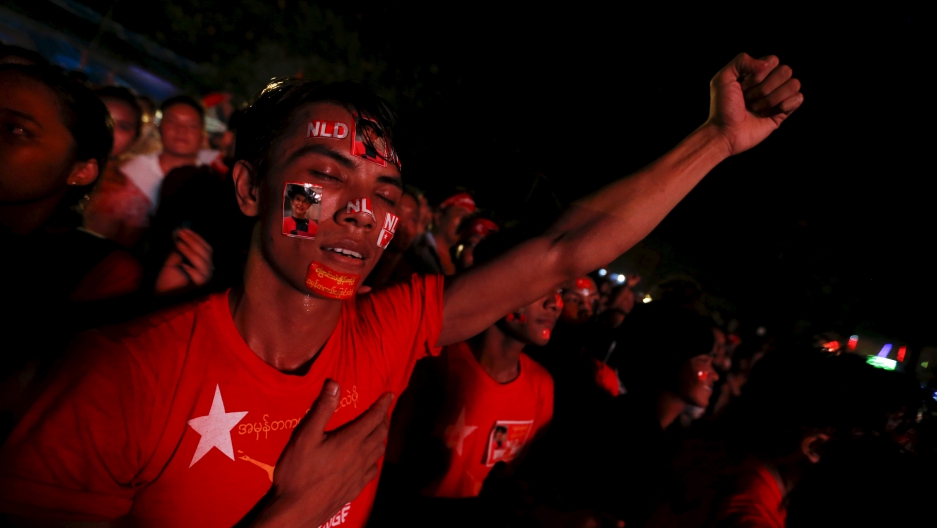 Supporters of Myanmar's pro-democracy figurehead Aung San Suu Kyi gather outside National League for Democracy headquarters in Yangon, Myanmar, November 9, 2015. Myanmar's ruling party conceded defeat in the country's general election on Monday, as the opposition led by democracy figurehead Aung San Suu Kyi appeared on course for a landslide victory that would ensure it can form the next government.