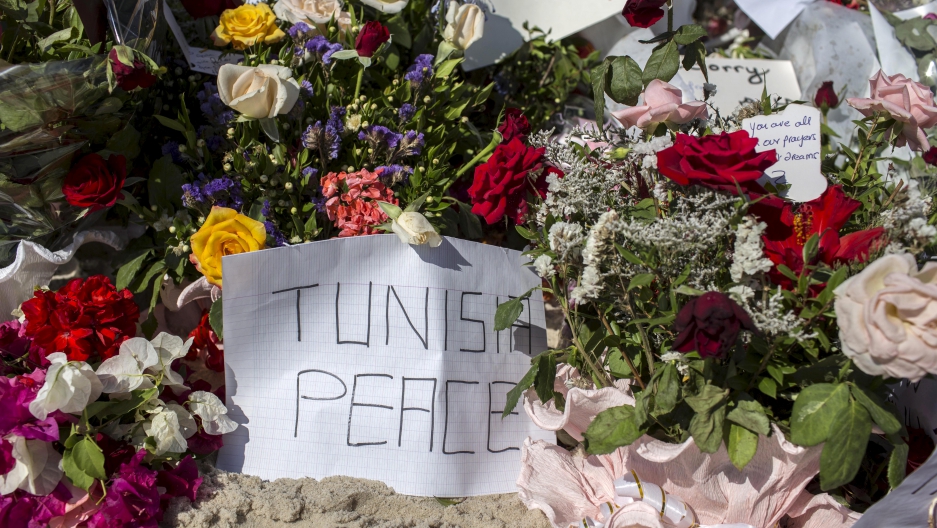 Messages and flowers are placed at the beach of the Imperial Marhaba resort, which was attacked by a gunman in Sousse, Tunisia, June 29, 2015. The gunman disguised as a tourist opened fire at the Tunisian hotel killing 39 people including Britons, Germans and Belgians as they lounged at the beach in an attack claimed by Islamic State.