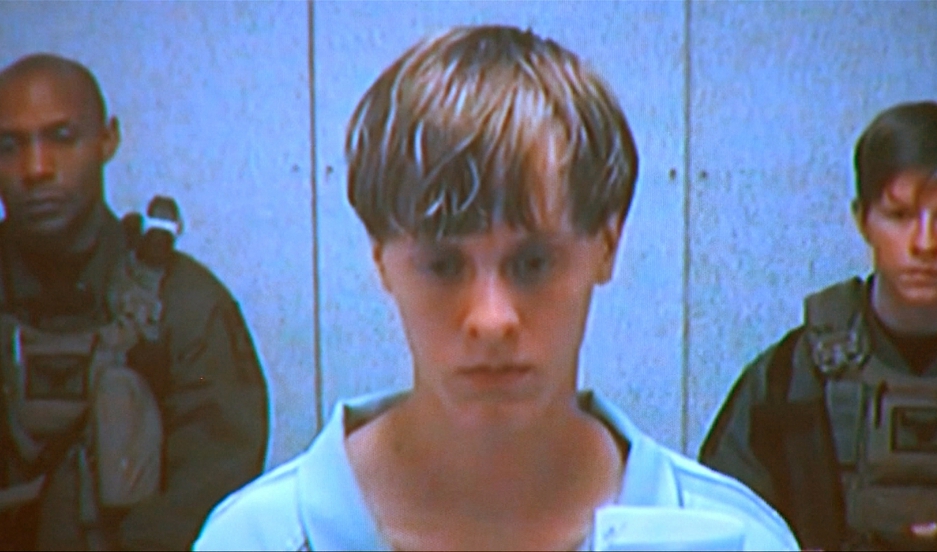 Dylann Storm Roof appears by closed-circuit television at his bond hearing in Charleston, South Carolina June 19, 2015 in a still image from video. A 21-year-old white man has been charged with nine counts of murder in connection with an attack on a historic black South Carolina church,  and media reports said he had hoped to incite a race war in the United States.