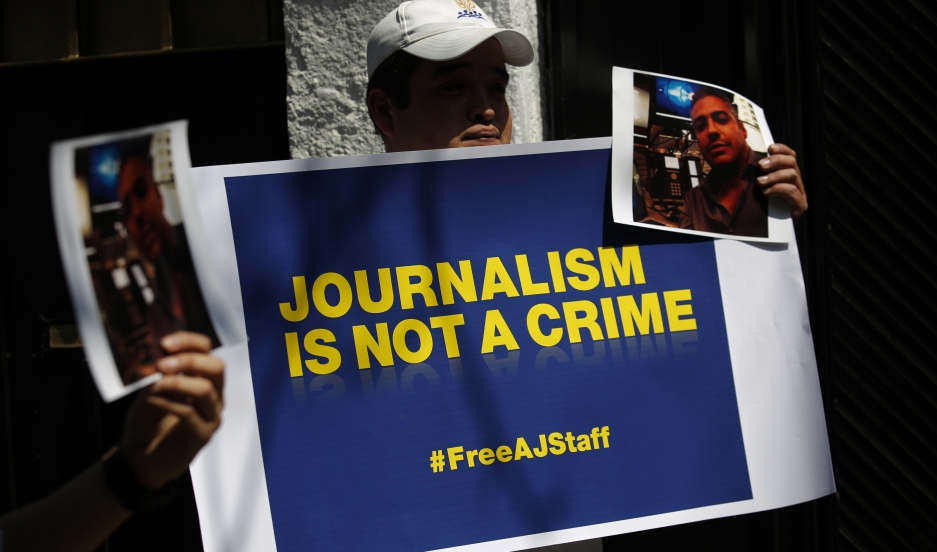 Protesters hold a sign and photographs of detained Al-Jazeera journalists Peter Greste, an Australian, Mohamed Fahmy, a Canadian-Egyptian national, and Baher Mohamed, an Egyptian. The three who were jailed in Cairo on December 29, 2013. Greste was released on February 1, 2015, but Fahmy and Mohamed are still imprisoned.