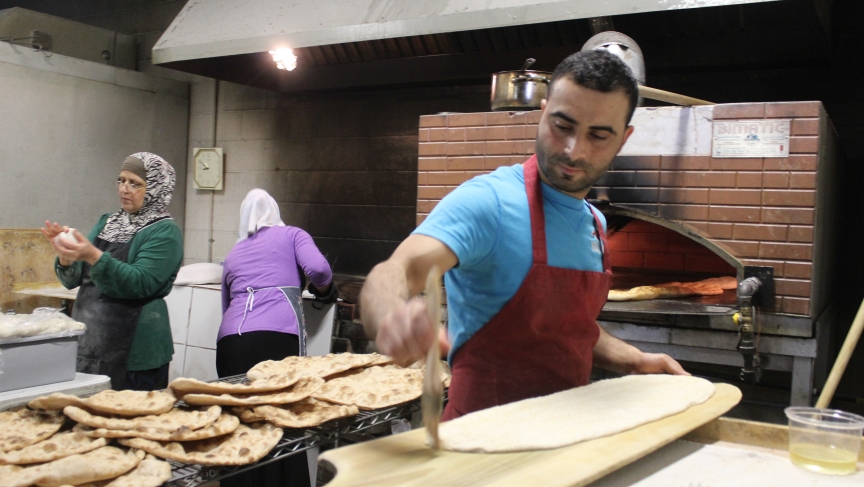 Head to the back of Nashville's Azadi International Food Market and find a Kurdish bakery, complete with a tandoor oven. Drost Kokoye, a Kurdish American who grew up in Nashville, remembers when there was just one bakery catering to Kurdish tastes. “It was just one little small, hot closet,” she says.
Credit: