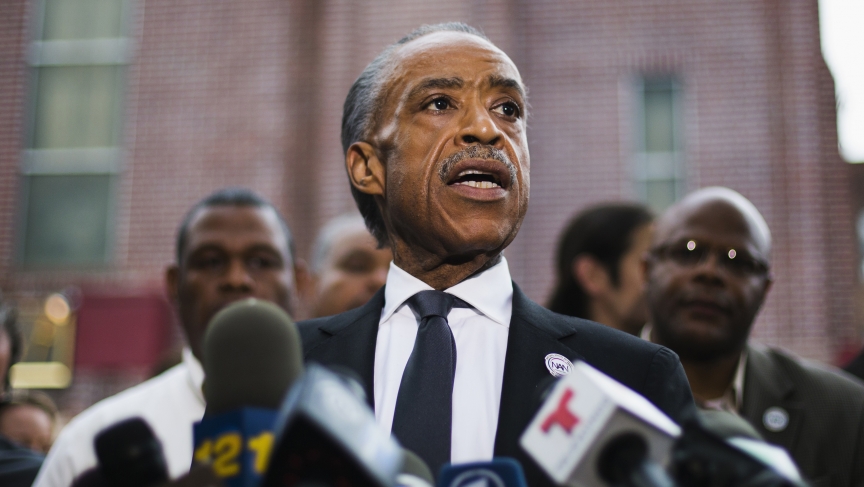 Reverend Al Sharpton speaks before attending the funeral of Eric Garner in New York July 23, 2014. Garner died in a confrontation with New York City Police last month. Sharpton is traveling to St. Louis to visit the family of Michael Brown, who also died in a conflict with police.
Credit: