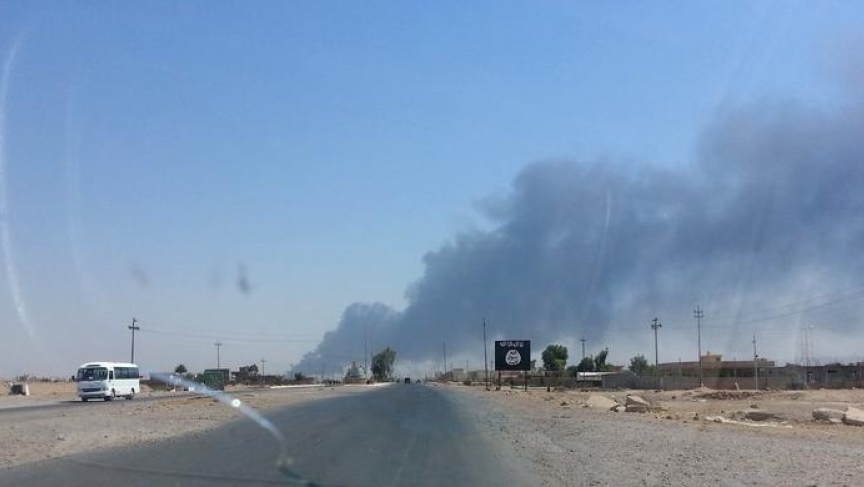 Smoke rises from a oil refinery in Baiji, north of Baghdad, in this picture taken through the windscreen of a car, June 19, 2014. Iraqi government forces battled Sunni rebels for control of the country's biggest refinery on Thursday as Prime Minister Nuri al-Maliki waited for a US response to an appeal for air strikes to beat back the threat to Baghdad.