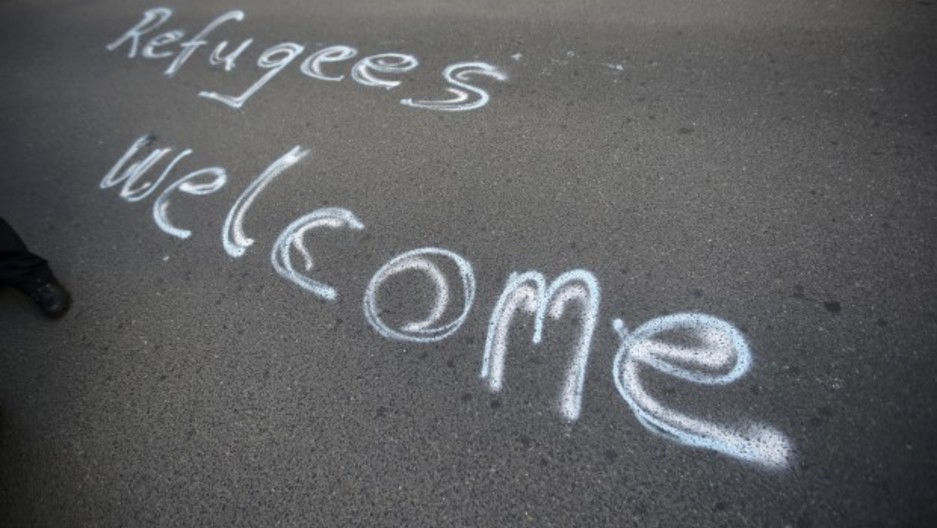 A graffiti is pictured on the street in front of a former school that has been converted into a refugee asylum, in the Hellersdorf district of Berlin August 24, 2013. Locals and right wing groups protested this week against a decision of the district authorities to turn a former school into an asylum seeker accommodation, saying they did not want refugees in the neighbourhood, German media reported. REUTERS/Fabrizio Bensch (GERMANY - Tags: POLITICS SOCIETY IMMIGRATION) - RTX12VBI