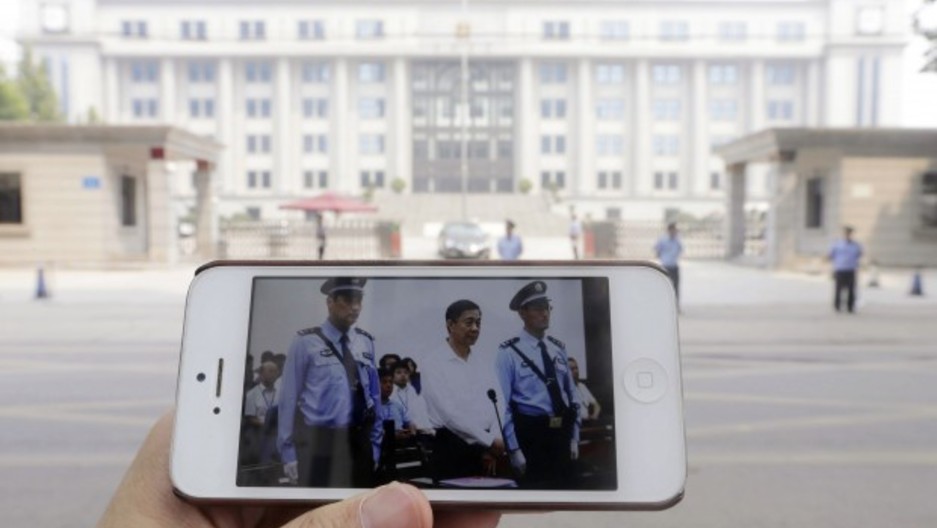 A mobile phone held by the photographer shows a photo from a court's microblog page of disgraced Chinese politician Bo Xilai standing trial, in Jinan, Shandong province August 22, 2013. Bo appeared in public for the first time in more than a year on Thursday to face trial in eastern China, the final chapter of the country's most politically charged case in more than three decades. REUTERS/Jason Lee (CHINA - Tags: POLITICS CRIME LAW TPX IMAGES OF THE DAY) - RTX12SX2