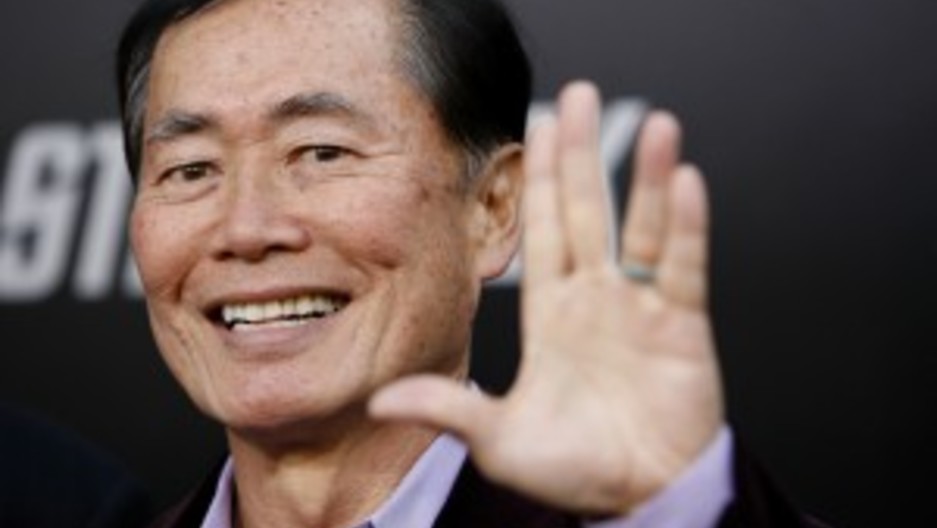 Actor George Takei gestures at the premiere of the movie "Star Trek" at the Grauman's Chinese theatre in Hollywood, California April 30, 2009. The movie opens in the U.S. on May 8. REUTERS/Mario Anzuoni (UNITED STATES ENTERTAINMENT) - RTXELNI