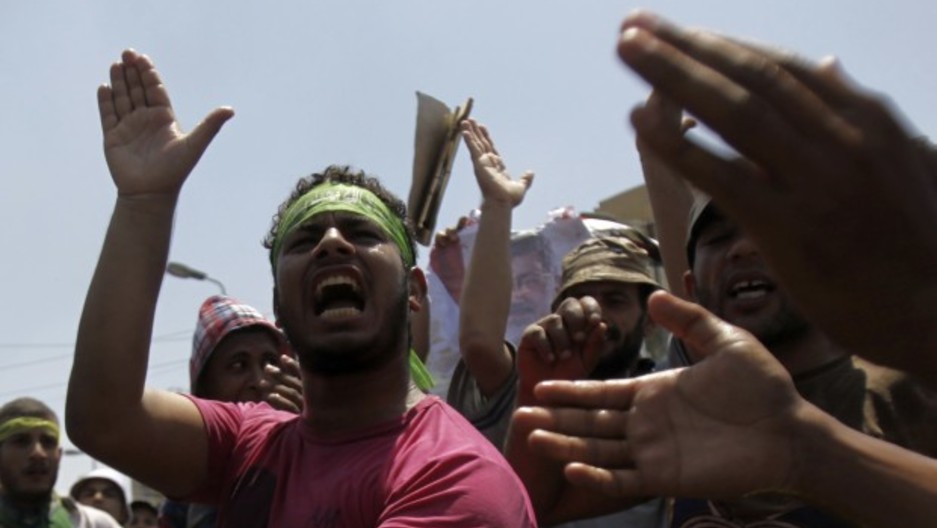 Members of the Muslim Brotherhood and supporters of ousted Egyptian President Mohamed Mursi shout slogans and dance during a protest at the Rabaa Adawiya Square, where they are camping, in Nasr city area, east of Cairo July 28, 2013. Thousands of supporters of Egypt's Muslim Brotherhood stood their ground outside a Cairo mosque on Sunday a day after at least 72 were gunned down by security forces, braced for a move against them by the army chief behind the overthrow of Islamist president Mohamed Mursi. REUTERS/Amr Abdallah Dalsh (EGYPT - Tags: POLITICS CIVIL UNREST TPX IMAGES OF THE DAY) - RTX1231E