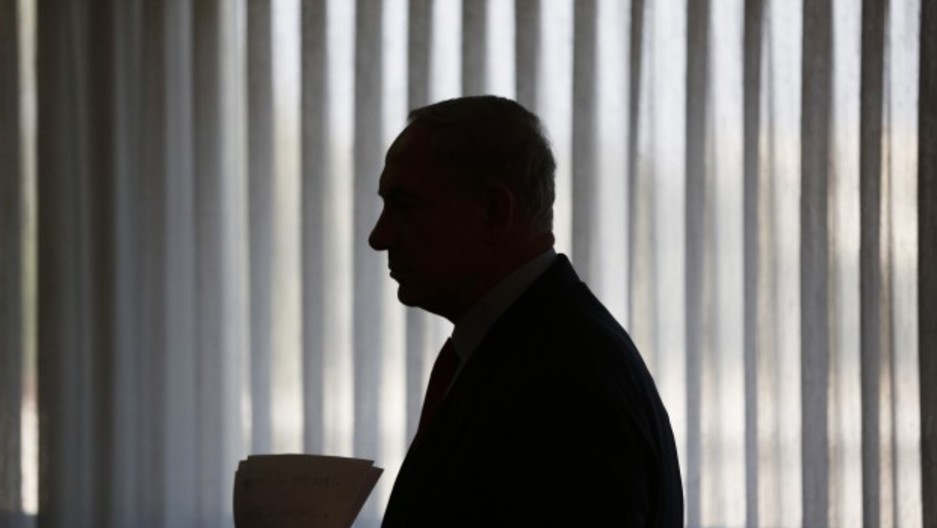 Israeli Prime Minister Benjamin Netanyahu is silhouetted as he arrives to deliver a statement to the media at the Knesset, Israeli parliament, in Jerusalem July 22, 2013. Netanyahu will seek formal cabinet backing for reviving U.S.-sponsored peace talks with the Palestinians, an Israeli official said, after pro-settler ministers threatened to try and thwart the initiative. REUTERS/Baz Ratner (JERUSALEM - Tags: POLITICS) - RTX11V4Y