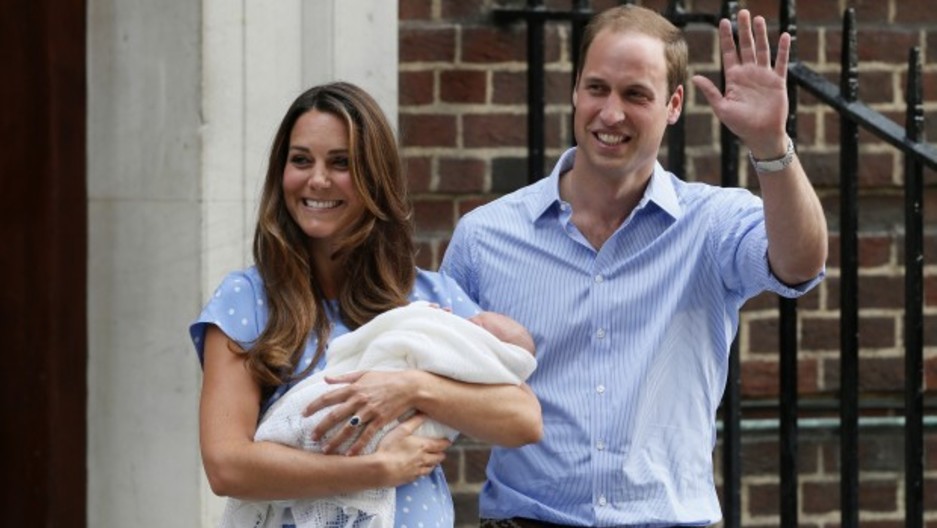 Britain's Prince William and his wife Catherine, Duchess of Cambridge appear with their baby son outside the Lindo Wing of St Mary's Hospital, in central London July 23, 2013. Kate gave birth to the couple's first child, who is third in line to the British throne, on Monday afternoon, ending weeks of feverish anticipation about the arrival of the royal baby. REUTERS/Stefan Wermuth (BRITAIN - Tags: ROYALS ENTERTAINMENT HEALTH) - RTX11WGP