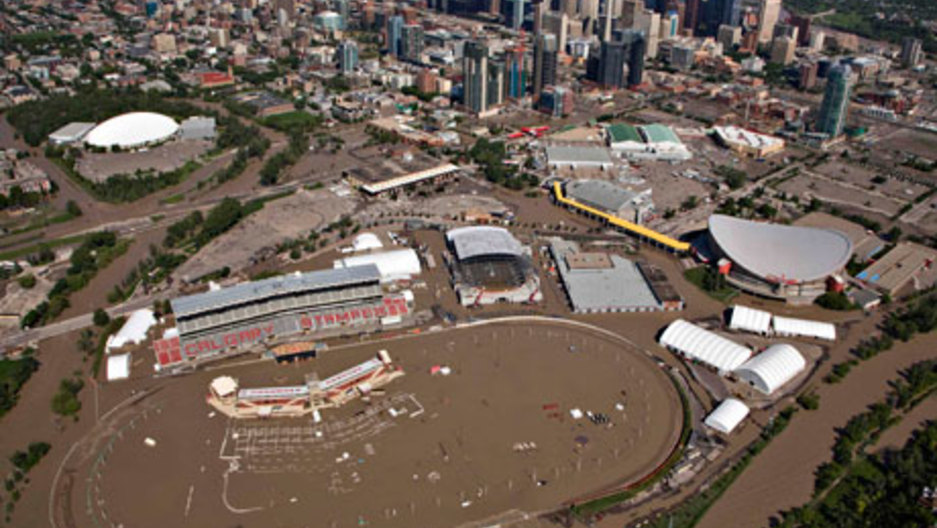 The Bow River overflows its banks onto the grounds of Calgary Stampede and Saddledome hockey arena in Calgary, June 22, 2013. (Photo: REUTERS/Andy Clark)