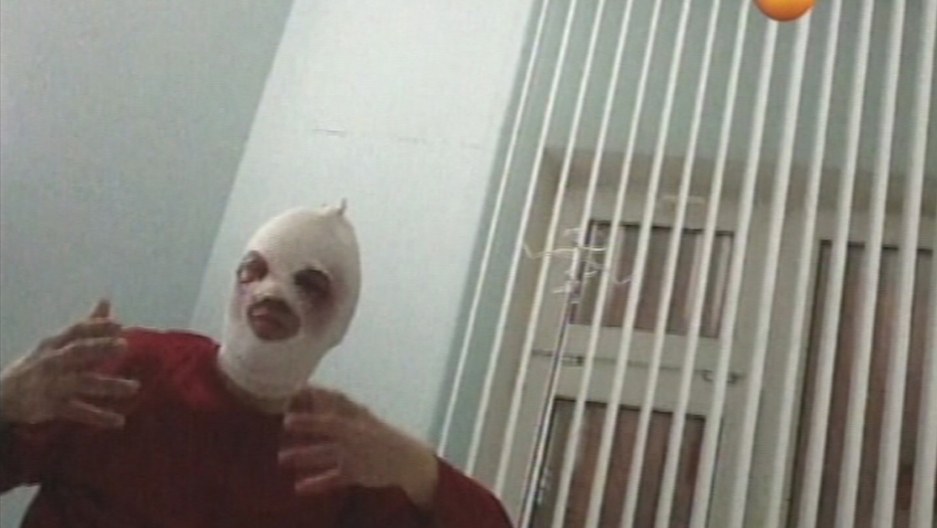 Sergei Filin, artistic director of Russia's prestigious Bolshoi Ballet, gestures during an interview in a still image from footage shot by REN TV in a Moscow hospital January 18, 2013. A masked attacker threw acid in the face of the artistic director of Russia's prestigious Bolshoi Ballet, endangering his eyesight, in what colleagues said on Friday was the culmination of a two-week campaign of intimidation. REUTERS/REN TV via Reuters TV (RUSSIA - Tags: CIVIL UNREST CRIME LAW ENTERTAINMENT) MANDATORY CREDIT. THIS IMAGE HAS BEEN SUPPLIED BY A THIRD PARTY. IT IS DISTRIBUTED, EXACTLY AS RECEIVED BY REUTERS, AS A SERVICE TO CLIENTS