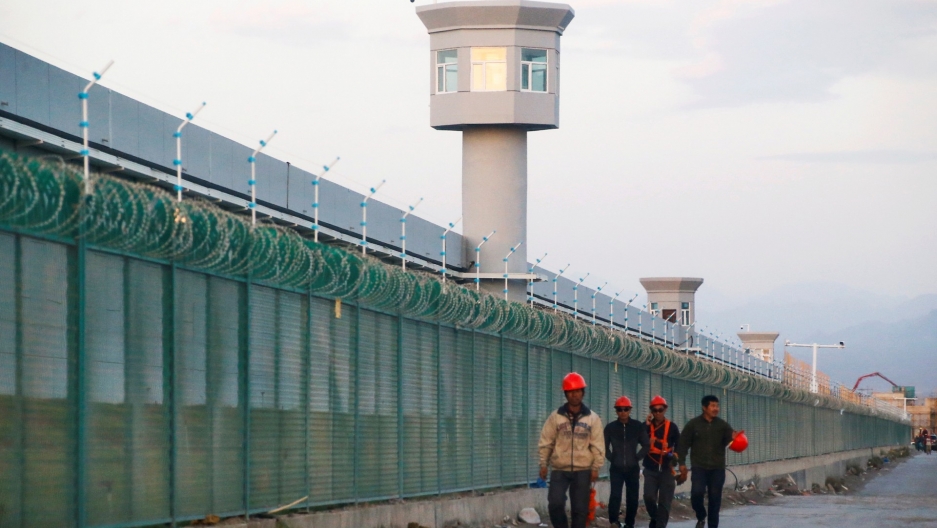 Workers walk by the perimeter fence of what is officially known as a vocational skills education centre in Dabancheng in Xinjiang Uighur Autonomous Region, China September 4, 2018. This centre, situated between regional capital Urumqi and tourist spot Turpan, is among the largest known ones, and was still undergoing extensive construction and expansion at the time the photo was taken.