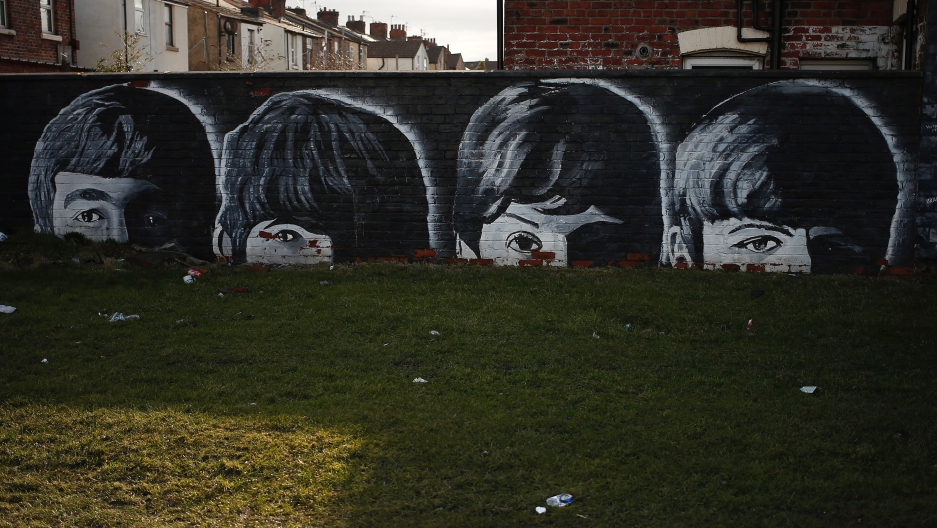 A mural of the Beatles is seen painted on the end of a row of terraced houses in Liverpool, northern England, Feb. 18, 2015. Fifty years since the group performed for the last time in their home city, the group's presence is still felt. Fans of the Fab Four from across the globe add around $105 million to the local economy each year, according to industry organisation UK Music.