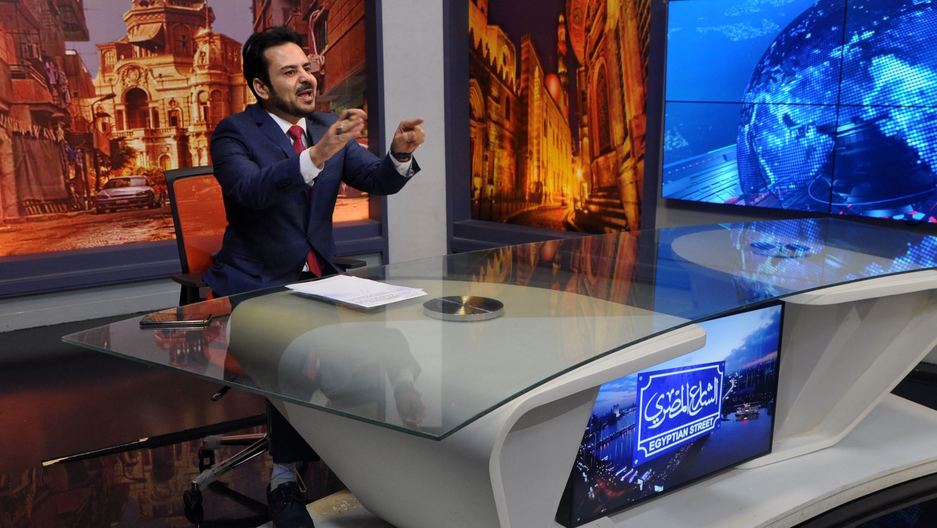 Samy Kamaleldeen, 38, jokes with a friend before an evening broadcast of "Egyptian Street." The opinion program, which covers issues that he says matter to everyday people, broadcasts from El Sharq TV's studios in Istanbul. Returning to Egypt, Kamaleldeen says, would be dangerous for him and his colleagues.