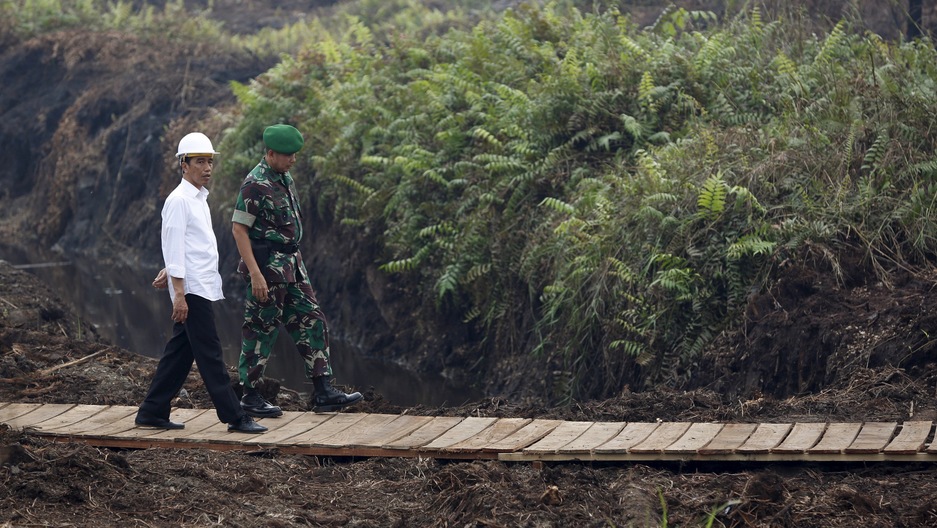 Indonesian President Joko Widodo (left) inspects a newly built canal to prevent peatland fires in Pulang Pisau, east of Palangkaraya, central Kalimantan, Oct. 31, 2015. Widodo cut short an official trip to the United States due to a haze crisis caused by raging peat fires in the Southeast Asian country. After weeks of hazardous air caused by haze-producing forest fires, people on Indonesia's southern Sumatra and Kalimantan islands have finally found respite after three days of persistent rain significantly improved the air quality and quelled many of the raging forest fires, according to the national disaster agency on Friday.