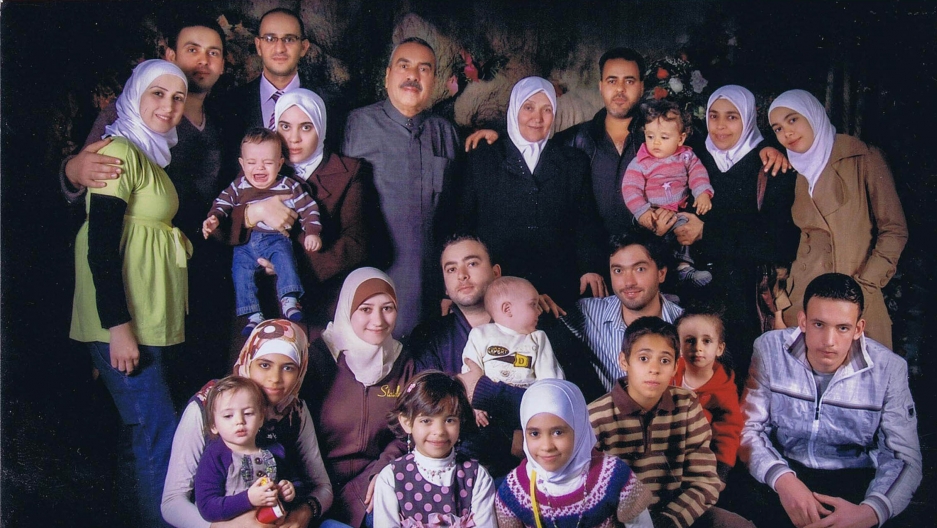 The Zydia family from Daraa, Syria, are close-knit like most Syrian families, but the war scattered them to six different countries over the last eight years. A photograph of the full Zydia extended family before the war in Syria hangs on the wall of Samer Zydia's apartment in Beirut.

Courtesy of the Zydia family