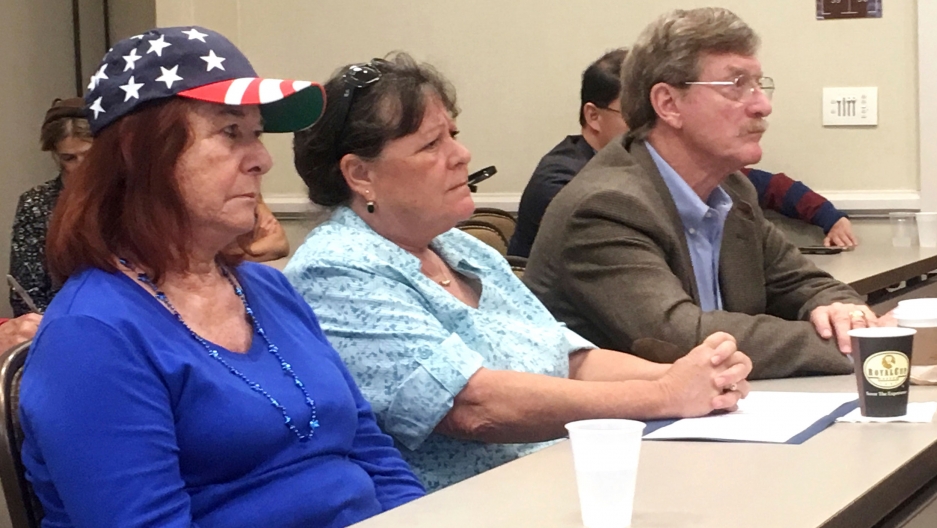 Supporters of a lawsuit against the San Diego school district listen during a news conference in San Diego on May 25, 2017. Six parents have sued the San Diego school district, alleging that its anti-Islamophobia campaign favors Islam over other religions and grants special protections to Muslim students. District officials have vigorously defended the campaign, saying bullying of Muslim students is pervasive and vastly underreported.