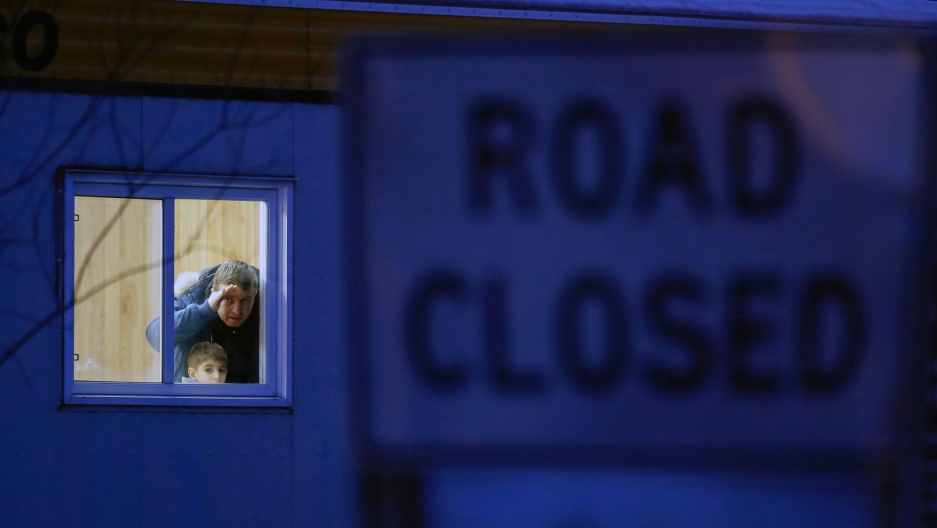 A man and a child look out from a Royal Canadian Mounted Police (RCMP) trailer after crossing the US-Canada border into Canada in Lacolle, Quebec, Canada in February 2018. Since 2017, 33,000 people have crossed unofficially into Canada and made asylum claims, but the influx has declined from a peak in Augustf of 5,712 asylee applicants. In July, there were just 1,634 claims made by people crossing between official borders.