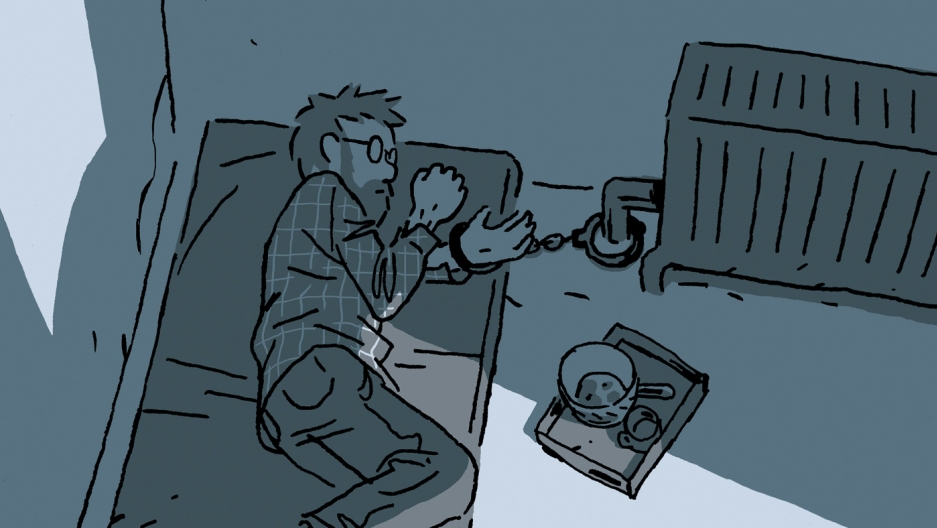 The front cover of "Hostage," a new book by cartoonist Guy Delisle, is shown here. It visually tells the story of Christophe André, who was kidnapped in Ingushetia in 1997 while on duty for Doctors Without Borders. He was held for nearly four months in a locked room handcuffed to a radiator until he managed to escape.