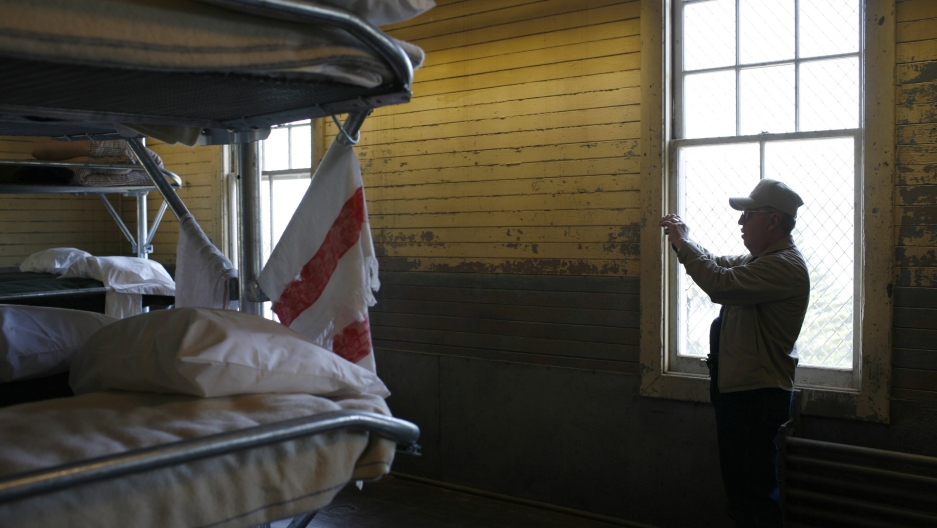 A man photographs former barracks used to detain immigrants on Angel Island in California, in September, 2010. In 1934, Congress passed a law that made Filipinos “aliens” instead of US nationals. Several hundred Filipinos had already left Manila and were on their way across the Pacific Ocean when Congress signed the law. When they landed in San Francisco, Seattle and Los Angeles, their admissibility into the US was far from clear.