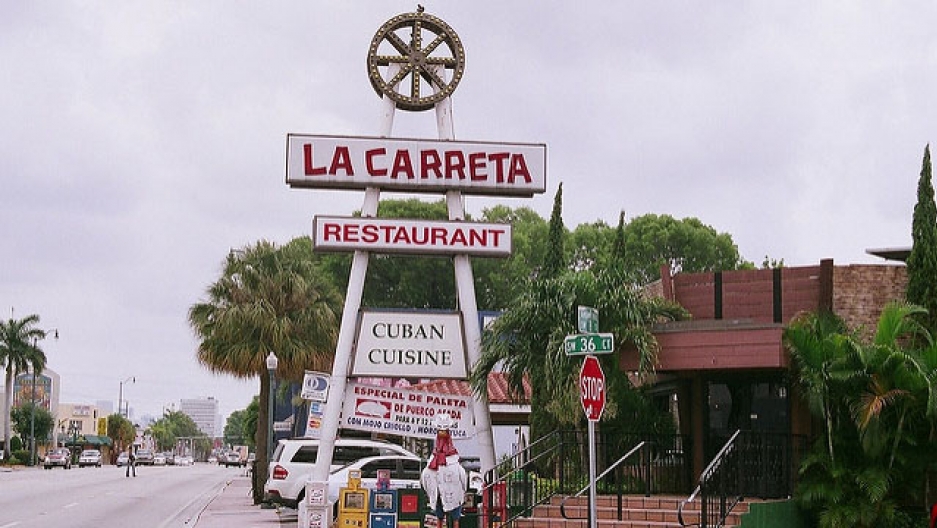 A La Carreta restaurant, a popular Cuban cuisine franchise in the Miami area.

I can't say I believed linguist Phillip Carter's claims when I first interviewed him. He was telling me about the shame that exists in Miami, my hometown, about speaking Spanish.

Shame about Spanish? In Miami? Were we talking about the same place?

This episode of The World in Words is a story about contradiction, insecurity and growing up.

Miami is sometimes called the capital of Latin America — Miami-Dade County is about 70 percent Latinx. But even with demographics like this, Phillip says, we're behind places like Utah, where school kids have fully bilingual education. As in, children learn science in English and math in another language.

Phillip says Miami is bilingual "in practice," because so many people speak Spanish (and other non-English languages), but not "in theory," because our government and public schools still operate mainly in English. (Although that's constantly in flux.)

I also talk about my parents, who are here with my brother and I back when we'd first moved from Peru to the US. 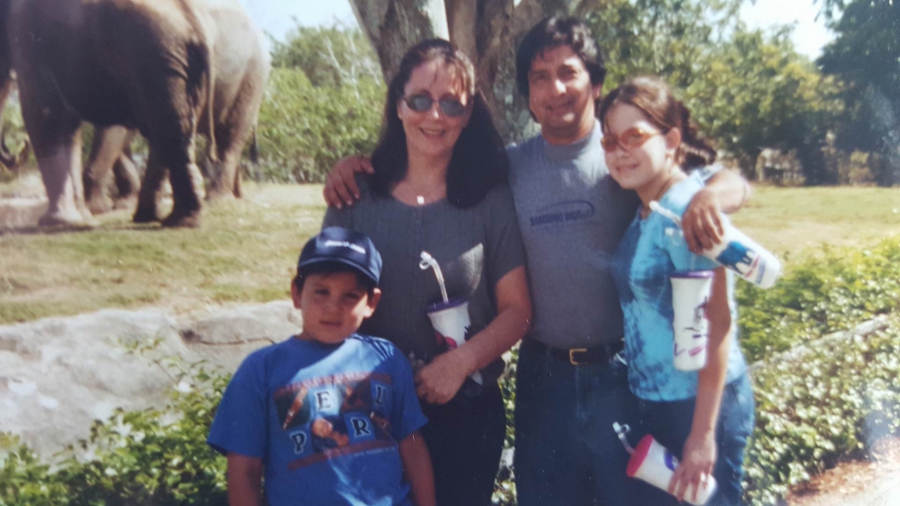 My family lived near the zoo when we first moved to the States. Safe to say there are a lot of photos like this one. Circa 2001.

I was 11 then, and kids made fun of my Spanish accent. So I worked really hard to get rid of it.

Eventually, after talking to Phillip for a while, I understood that shame he kept mentioning.

It's not just about the language. It's about what it means to be better at Spanish than English — what people will assume about your status because of it, how they'll judge you. How middle schoolers will call you "reffy" (derived from "refugee") if your English is bad.

I talked about this with my parents for this episode. They made me so proud to be their kid, and pretty ashamed I ever hid my accent.

These days, I couldn't be happier to flaunt the one that now flows from my tongue: the Miami accent.

00:20 Introducing reporter Maria Murriel, who takes the reins of the podcast this week

4:38 “If you don’t know some Spanish in Miami then you are definitely missing a lot of what it is to live here”

5:21 Bilingual education/ dual language education has been a hot button issue in Miami

6:41 The bilingual education movement was piloted in Miami in the 1960’s by Cuban immigrants

8:00 Linguist Philip Carter thinks that there’s a deep and hidden sense of shame in speaking Spanish in Miami

10:52 Maria was in middle school when she moved to the US from Peru. Middle school kids can be so mean

14:15 Out at dinner with her family, Maria will often step in and place everyone’s order in English.

15:00 At 11, Maria translated everything for her parents when they first came to the US.  Did this bother them?

15:47 When Maria’s dad came to the US he spoke very little English. They joke as a family about what English phrases he did know

17:03 Recently, Maria moved from Miami to Boston where she finds herself speaking Spanish more often

18:40 The music of this episode is brought to you by DJ La Spam of Miami’s Spam Allstars. Tweet at Maria @mariamurriel