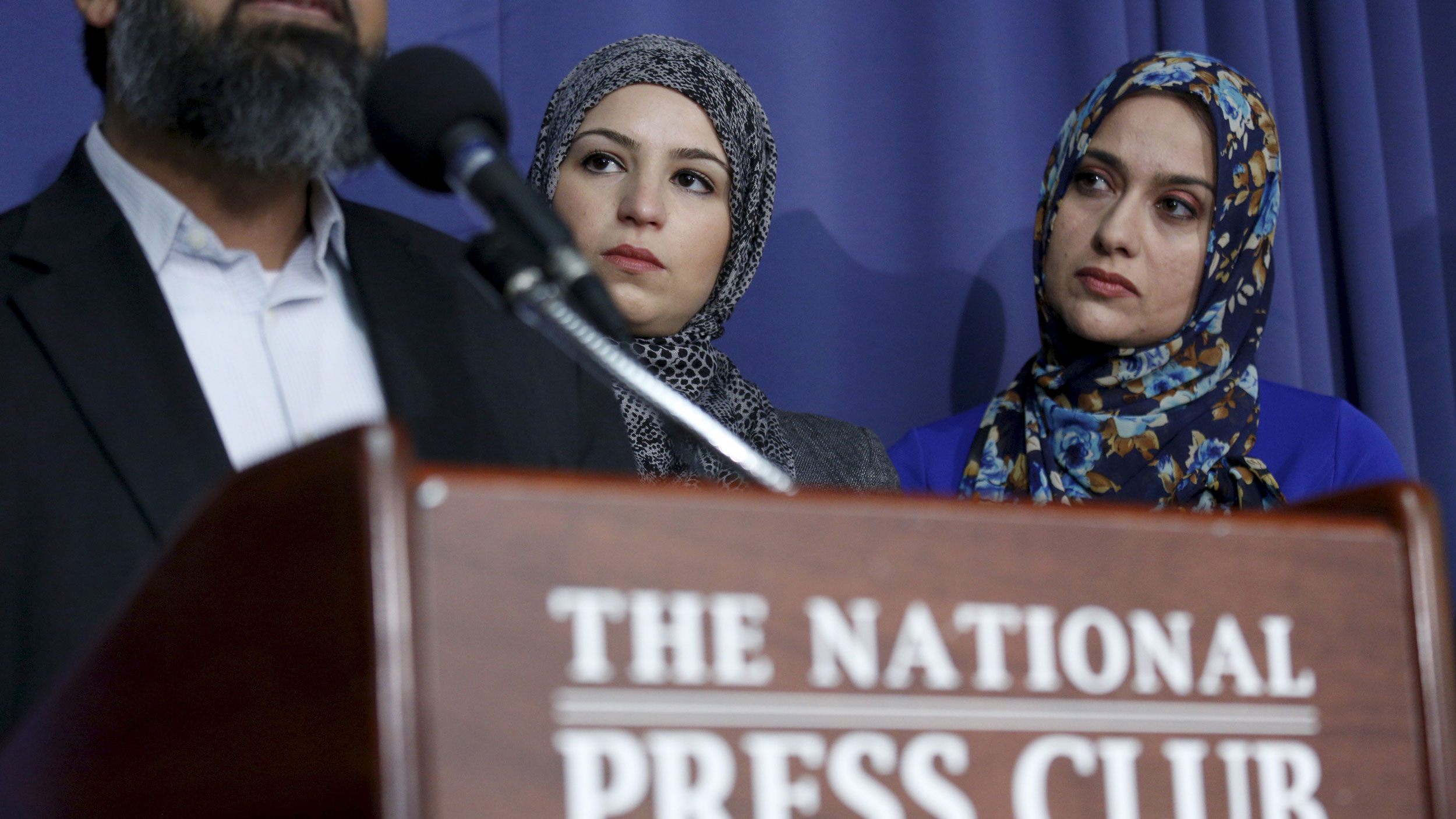 Roula Allouch, center, chair of the Council on American-Islamic Relations, and Rabiah Ahmed, right, of the Muslim Public Affairs Council, take part in a news conference held by CAIR with American Muslim leaders to discuss "growing Islamophobia" at the National Press Club in Washington, DC, in late 2015. Over the past few years, CAIR has become a prominent voice for Muslim American communities.​
Credit: Kevin Lamarque/Reuters
Share