"I didn't think I'd be able to get pregnant the first time I had sex."
Share

Most parents don’t love talking to their kids about sex. But in Thailand, that discomfort is translating into a culture of shame that’s leaving kids to figure out sex on their own, with very real ramifications.

Across Thailand, the statistics on teen pregnancy are alarming. Teen moms give birth to one in every six children in Thailand today, making Thailand the future home to more than a million children born to teenage moms over just one generation, according to Caspar Peek of the United Nations Population Fund in Thailand.

“You have a million teenage moms for every generation. That’s a lot.”

Some of the older generation in Thailand point their fingers at the Internet. Others blame the growth of a “hook-up” culture among young people. Whatever the cause, Thailand’s sex education, health services and culture aren’t keeping pace.

Aumpon Paloa, 18, knows this all too well. She grew up poor in a hill tribe community near Chiang Mai with her grandmother. When she got pregnant at 18, she was shocked. 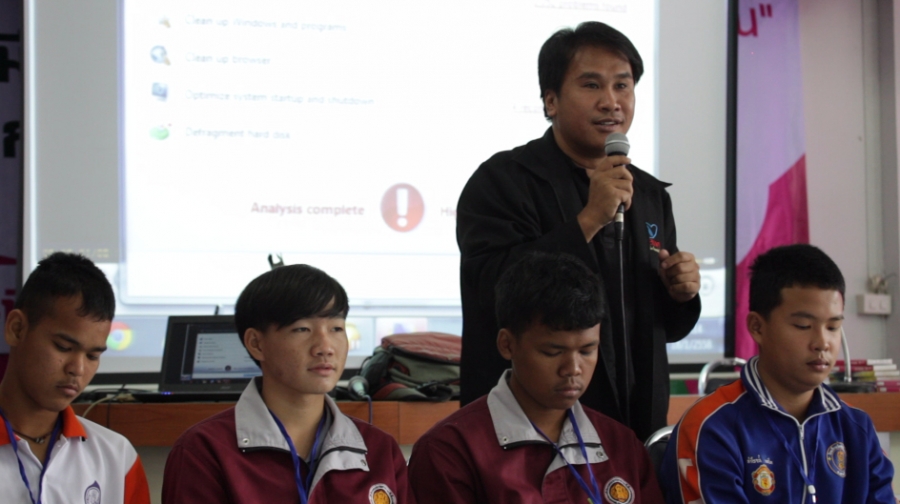 Sirimongkhoi 'Tok' Chankhao started his "STOP MOM" program to try to improve sex education in schools in and around Chiang Mai.

“I’d never had sex before, so I didn’t know. I didn’t think I’d be able to get pregnant the first time I had sex. I really thought that way.”

After a friend convinced Aumpon that abortion was a sin, she hid the pregnancy as long as she could, until a teacher noticed and transferred her to a children’s learning center. The school worried that others might follow in Aumpon’s footsteps if she stayed in school, that she would become a sort of contagion to other students. Aumpon’s teacher promised to mail her assignments and tests to the learning center, so she could study remotely until she delivered her baby.

Aumpon’s story isn’t unusual. Neither is the cultural shame that comes with teen pregnancy in Thailand. Like so many parents around the world, Thai parents rarely discuss sex with their children. And most schools fail to teach sexual education beyond basic biology. Yet girls who get pregnant are often shamed into dropping out of school by the same parents, teachers and friends who refuse to talk to them about good sexual health.

In Tok's workshop, students play through scenarios, like getting a positive HIV test, and learn how to navigate their options.

But at Watweruwan high school near Chiang Mai, one teacher is working with local NGOs, doctors and schools to try to change that.

At one 8 a.m. gathering, a group of teenage boys and girls shift awkwardly in their seats. Sirimongkhoi “Tok” Chankhao speaks informally to them about sex. He starts by asking them to imagine themselves in different scenarios — “You’ve just been diagnosed with HIV.” “Your boyfriend or girlfriend wants to have sex, but you don’t.” Then he switches to a musical chairs type game, where students race around the classroom trying not to end up as the anthropomorphic “penis” without a condom. It’s as odd as it sounds.

But these students, who looked painfully uncomfortable at the start of this session, are smiling and laughing by the time they break for lunch. Aomething about Tok’s “Stop Mom” program — funded by the Public Health Ministry — is working.

Outside the classroom, 13-year-old Kampanat Nakarak says he’s learned a lot in the two-day workshop.

“Sexually transmitted diseases like AIDS/ HIV, syphilis and gonorrhea ... I’d never learned about them until today. I think it’s scary,” he says. 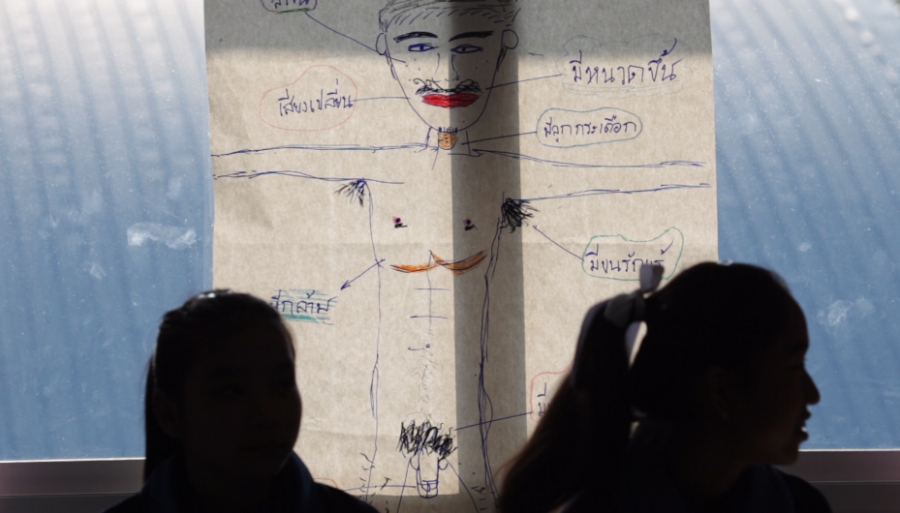 For most of Tok's students, his sex ed class is their first opportunity to talk openly about sex in a shame-free environment.

“Tok” spends most of the workshop discussing pregnancy prevention. Yet even armed with knowledge about condoms, birth control pills and sexually transmitted diseases, Thai teens who want to practice safe sex run up against the cultural barrier of shame again and again.

Caspar Peek points to a few of the scenarios he’s seen play out across Thailand in his years with the UNFPA.

In small villages and towns, teens buying condoms at the local convenience store may know the woman behind the counter — who may also know their mothers. Nurses, who by law can’t deny birth control to teens, may still ask a 17-year-old unmarried girl why she needs birth control in the first place. A mother who finds a condom in her daughter’s purse is more likely to reprimand her than start a conversation about sexual health. 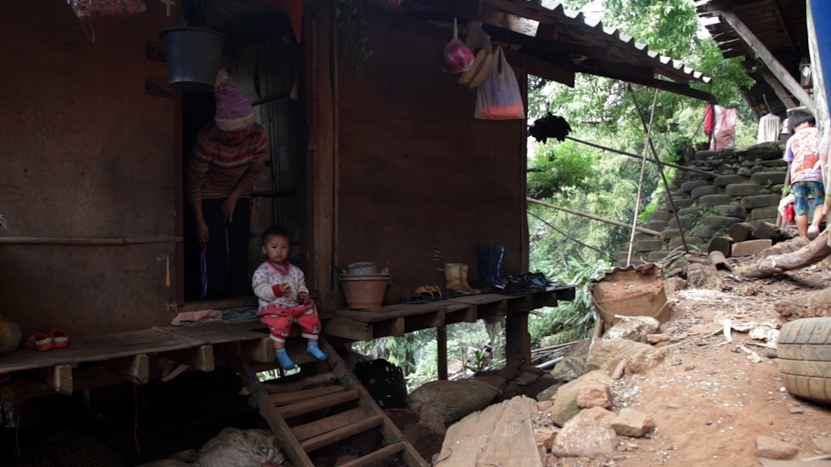 Peek says change will come with more relationship-oriented sex education, like the program “Tok” has started in Chiang Mai. But parents are the ones who must let go of long-held cultural taboos about sex. He leans in, as if having a heart to heart with a Thai mom or dad.