The proposal to build a more expansive wall along the US-Mexico border is one of the more repeated vows of the Donald Trump presidency. The argument goes that a physical barrier will, naturally, block would-be migrants from coming to the US. At the same time, other walls already exist — not as easily seen by the wider public. They come in many forms, including no-fly lists and limits placed on certain visas, as well as rising costs and sheer difficulty.

With every type of visa and travel document, there are rules that allow some people in and keep others out. These barriers can exist far from the US border, or deep within the country.

The reality is, these invisible walls can be even tougher to breach than concrete slabs for people who are trying to visit or live in the US, lawfully or not. These are stories about people who come up against these walls and defeat them — or are stopped in their tracks.

This series is supported by: 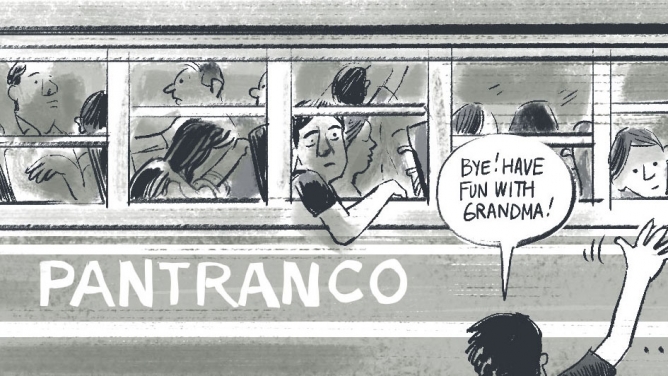 A family tries to immigrate to the US, but first, they must live separate lives

A family from the Philippines tried to be together in the US. But for nearly 10 years, they were separated by 7,300 miles and the immigration backlog.

Liberia was founded by people enslaved in the US. Advocates say the US should not end an immigration program that helps them.

A small immigration program for Liberians in the US will expire at the end of March. Minnesota economists and health care companies say their losing immigration status will have an outsized effect.

A family tries to immigrate to the US, but first, they must live separate lives

A family from the Philippines tried to be together in the US. But for nearly 10 years, they were separated by 7,300 miles and the immigration backlog.

As Trump ends Obama-era protections for Salvadorans, a family in Minnesota has few good options to stay together

Since 2014, some Central American youth were given temporary permission to join their parents in the US. The government acknowledged the danger they were in. But now, the Trump administration has canceled the programs that brought them. Meet one family, who waited 15 years to reunite, but whose time is almost up.

As US ends immigration programs, a mother and son wonder if they'll ever be together again

Follow the path of Manuel as he tries to join his mother in Texas. And then learn about the real people behind these stories.

With smuggling costs skyrocketing, parents balance risk and debt for their children's future

The cost of smuggling has gone up in the last year — sharply. But, for the safety of their children, parents get references, take out loans and make the best smuggling decision they can.

She escaped violence in El Salvador, but there’s little time or resources to heal while seeking asylum in the US

The Trump administration wants immigrants to stop using public benefits, but many immigrants are already severely restricted from receiving assistance with food, health and child care. Even when they are at their most vulnerable.

What would you do if you were a victim of domestic violence seeking safety in the US? Follow the asylum process for a young woman and her daughter in this interactive.

A 3-year-old held up by Canada’s no-fly list? His parents say it’s 'ridiculous.'

The US and Canada share information from their no-fly lists, but there’s very little Canadians can do if they think they’re being flagged and delayed from boarding flights in error. It’s not just an inconvenience — it’s stigmatizing.

The Dattas came from India to teach American children in a Mississippi school. But because of their visas, they worry their own child won’t be able to study in the US.

You're a young student and your visa is tied to your parents. You're about to age out. What do you do next?

When Nikhil turns 21, he can no longer stay on his visa. How can he stay in the US and finish school?